Photo: Nikola Borissov for Fashion We Like // Make up: Stani Kireva

Hoon Kim is the co-founder and creative director of Shopcade, a social commerce platform and Facebook application.

I respect people who rise above the BS. There’s a lot of finger-pointing in this world. Hating is easy. So, I’m inspired by people who stay classy while dealing with public scrutiny, like Barack for obvious reasons, and Tablo — a Korean hip hop artist who was wrongfully accused of having fraudulent academic records of attending Stanford.

Not thinking about when, where and with whom you would get undressed.

I like fine materials that age with you over time. Raw salvage denim and leather — they are tight and even painfully rigid in the beginning, but over time they will adjust to your body and feel and look better than anything else.

I personally wouldn’t wear a baseball cap with a two-button suit.

I remember going to Rome during the World Cup and dining at a hole-in-the-wall pizza restaurant in Trastevere, and diners were so finely dressed while eating €3 slices. That’s not couture — it’s culture.

Bold by nature. Conservative by necessity.

I wear what fits my body shape — if I could tailor all my clothes I would.

Is a way of putting their personality as a brand out there. It’s often less about looking good, but more about how they want to be portrayed, which isn’t a problem to me.

In the winter, I wear my vintage black brogue boots all the time. It’s so often to the point that I don’t even think about it.

They’re not afraid of Armageddon.

I can’t say there’s one person who taught me about style — nobody grabbed me off the streets and said "Son, you must dress like this." I just get inspired by anybody I see both online and on the streets. Recently I’ve been using Shopcade and Instagram to see what other people are into as my daily source of inspiration.

My life is pretty busy these days so I save time by thinking about that while taking a shower. Basically I bump a tune as soon as I wake up (right now it’s Kendrick Lamar), and when I’m done washing up, I’ll have thought of something. It’s pretty spontaneous.

Thinking that shopping online is not trustworthy and that I would hate what I ordered. These days I do nearly my all shopping online, because there are way more choices and access to stuff which is unavailable in your local shops.

Having your own iconic look. Karl Lagerfield, Steve Jobs, Napoleon: it’s easy to picture them because what they wore was definitive. Don’t be a cheapo. Invest in the type of outfits that will age well with you, instead of something cheap you can’t wear next year. Pay attention to your shoes. I heard this from women, so it’s legit.

I usually shop for a complete outfit rather than individual pieces. This is because I noticed that when I shopped for just one item, I defaulted to wondering whether it would match my current wardrobe too much. I prefer to be more open-minded.

Something that I would be worried to spill some drinks on.

My grandma was a celebrity fashion designer in Korea during the 60-70s, operating out of a small boutique in Inchon. Unfortunately, she passed away when I was a child, but judging by the photos she’s a stunner and had an eye for class. I’m sad to see that the shop closed down, as I’m sure she would have been a household name by now. Her name is Kim Ok-Choon, she was true class.

Same with a woman — the hair.

I grew up watching Bond being played on TV back to back to the point where I was reciting all the punch lines even as a kid. Watching 007 dressed classy while stunt-diving from one explosion to another may have had something to do with it.

For jewellery: Ambush Design — a colourful and unique Japanese brand by Verbal from M-Flo. They had a series of jewellery with Beethoven on it in the past that’s been discontinued, they were amazing. For shades: Super — I just find them to be a modern classic.

It all starts with them snug pants.

A Burberry cashmere snood which is on my neck at the sign of a first cold breeze.

I feel more comfortable wearing something that looks nice.

Someone from a different era — a grandpa with swag, a five year old with class… 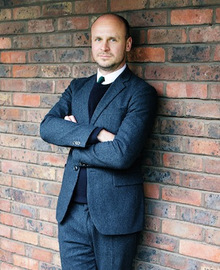 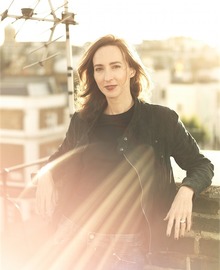 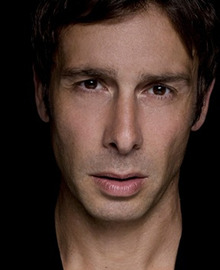