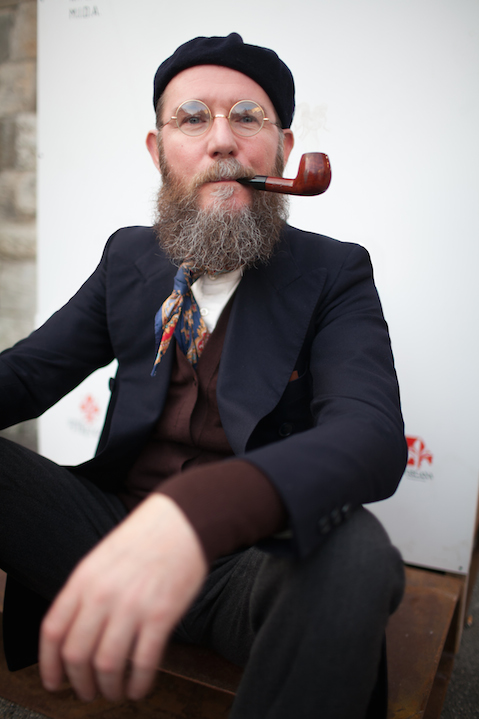 Alessio Berto is the owner of the Tailor Pattern Support, a pattern making consulting agency.

Trying to look different compared to how he feels inside.

I believe in inspiration in general.

Selvedge denim at 14oz and heavy and thick wool in navy blue.

London for its variety, Japan for its focus on research and authenticity, and Paris for its rather typical mix of high class with casual wear.

I think I'm a conservative on the outside, but bold on the inside. So I guess you could say I'm “boldservative”!

I always try to be myself and not to follow any trends…I know it might sound a bit cliché, but it's true.

In the past, the focus was more on style rather than celebrities…and that style was self-generated in its majority, while the rest was suggested by designers who knew the true meaning of elegance.

Paul, George, John, Ringo...if you watch the Beatles closely, you can see that there's always something contemporary and timeless about them, simultaneously. So it's them and life in general.

I select them the night before, as in the morning I'm always so tired and I don't have the strength to think about clothes. However, it's an easy process for me because I always wear pretty much the same kind of items.

I was too young when there was a huge second-hand store near my town and I missed so many items. If only I had back then the experience I have today...but I don't want to think about it!

If it's not something that you can buy from a store, you need to have it. Always be yourself. Try not to think about it all the time and relax.

Not really. As I said before, I own most of the items I wear for quite some time. The only clothes that I sometimes buy are for my archive (vintage items in particular) and Henley shirts.

We will never see you wearing…

Things that are contemporary and trendy, I have never done this.

The most stylish person you have ever seen…

Christos Tolera, for sure. I was a big fan of his band, Blue Rondo à la Turk, when I was fourteen. I do have a story I'd like to share about him. Two years ago, while I was working in my studio late at night, I was listening to one of their vinyls and decided to look for him on the web. I got his address, wrote and told him how much I admired him all those years. He replied and at some point we met, only to find out we were dressed the same way! We became friends after that.

I guess his jeans and their shape and fit.

The one image that defined your approach to style…

I really don't know. Maybe it was George Harrison's look in 1969 and his beard…I started to grow one when I was twenty one, after seeing him. Having a beard for me is the equivalent of Samson's hair, something very important that gives me strength.

As a pattern maker I see lots of designs and sketches passing through my desk. I prefer designers who do their own thing and know what they want. I had the pleasure of working with some, such as Jeff Griffin, Pascal Brault (Chanel Sport), and Jean Paul Gaultier (JPG Jeans). They are all great designers and kind people, I learned a lot from them.

His shoes. I think it's a very delicate item, and mine are always dusty or wet.

A selvedge Roy Rogers' jacket from the 70's, a dark blue military Austrian jacket from the 30's and my Farah polyester slacks—I've worn them since I was teen (not the same pair, obviously!).

Comfort comes from within, like style, and they are friends!

Lee Farmer, a British designer and a friend, who always manages to surprise me. 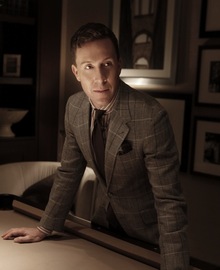 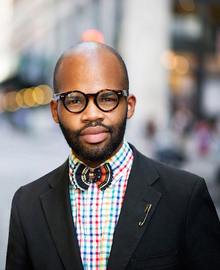 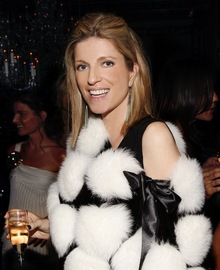