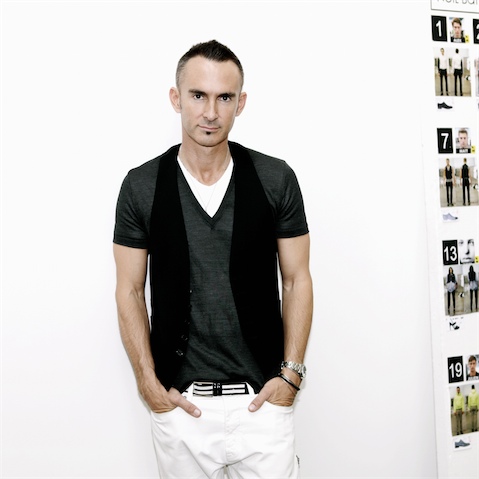 How does it feel for a British living in Italy? Neil Barrett talks about fashion and his everyday life while showing us his favourite spots in Milan.

It's hard to talk about contemporary men's fashion and not mention Neil Barrett. The British designer's modus operandi might dictate keeping a low profile, but his body of work speaks volumes. He graduated from Central Saint Martins in London, attained his master's degree at the Royal College of Art and went on to work for Gucci. He then moved to Prada, where he helped the Italian fashion giant set up the menswear department from scratch. Being one of the first to mix tailoring with sportswear, he managed to give men the suit of a new era while respecting the limits of masculinity. Towards the end of the 90's, he decided that it was time for his own label. And the rest, as they say, is history.

We meet for an espresso at a cafe near his studio. “I love drinking coffee and reading the newspaper in the morning. Of course, it is a luxury that I can't afford to indulge too often, so I save this for a Saturday. I wake up around eight in the morning, usually by the music from my iPod that turns on automatically. I love starting out my day with some soft music, like Frank Sinatra, which can put me in a good mood for the day. Then I go by the terrace to check on the weather. I adore watching the sky and in Milan eighty per cent of the time the sky is clear; perfect weather. I really enjoy sitting at the terrace, inviting friends over and having a great party. I try to do the things one would do living in the countryside, while being in the city. Since I spend most of my everyday life here, I don't want to have to wait for the weekend to do things. And of course, I adore long trips during summertime.”

We are walking through the city on our way to the gym. “I try to come here at least two times a week, doing stretching and cardio exercises,” he says. Looking at him, it's easy to understand that he is fit. I wouldn't expect anything less from a man that pioneered the use of sports elements into men's fashion while using hi-tech fabrics. "Ever since I started designing I wanted to include sports elements. However, at the time I left Prada, I felt that I no longer wanted to mix sportswear with tailoring. In general, I believe that you have to do what you feel like doing." And what about his collaboration with Puma? "I accepted the offer to work for them, as it would make me a British designer living in Italy and designing for an Italian team — a very European approach,” he says laughing. “And I do believe that it was a successful effort. Even after Puma I had a lot of similar offers, but that was not my goal. However, I won't exclude another collaboration, but not necessarily with another sports company. I don't think you can go higher than winning the World Cup working for the Italian team and collaborating with Puma.” 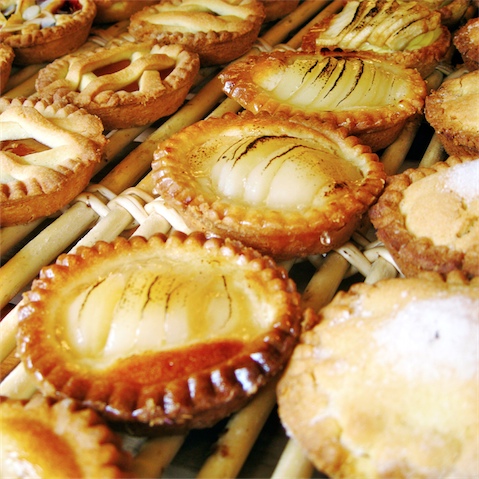 Time for lunch in one of Neil's favourite places, Ristorante la Brisa. “I prefer rustic places, that are 'real' and offer nice food. I wouldn't say that super chic restaurants with highbrowed personnel are my cup of tea. It's nice going to stylish venues, but only when the people working there are effortlessly polite. Unfortunately, that's not something that you get to experience often,” he says as we look at the menu which offers classic Italian dishes, slightly modernised. I can tell that Neil is quite straightforward in his views and about what he likes. So, what is the man he is designing for like? “A man has different needs throughout the day, therefore I try to understand what he wants depending on the moment. Also, when I design I imagine myself in a different decade of my life, from a twenty year-old to even being eighty years-old, as I like to think that even in that age I would still be wearing my clothes (laughs) — I picture myself with a different body. Skinny, with a small belly and so on, in order to visualise different body-types in different clothes. Our man wants to wear clothes that are not too loose, not too tight, with no visible logos. The whole concept is about being discreet and sexy — not overtly sexy, though. For example, you can be sexy when your clothes 'hug' specific points of your body, like the shoulders and the back, but never the stomach or the chest. You want to feel good and comfortable; you don't want your clothes to restrict you.” 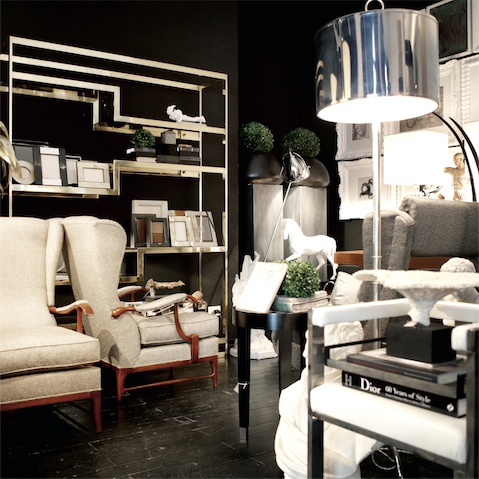 As we take a quick walk to Antonioli, an interesting boutique that carries Neil's clothes, amongst others, we talk about concepts and his overall approach when it comes to designing a collection. “I usually mix two ideas as I believe that working on one concept only, saying 'I am going to do just one theme,' feels a little like copying, which is boring. As for my design approach, it is always through the lens of masculinity. I really dislike, and I can't stress this enough, designers that make feminine or asexual menswear. I believe that men, whether gay or straight, should be dressed like men. My grandfather, who was a tailor, always said that there are four basic elements in menswear: fabric, colour, fit, and pattern, and that you are only allowed to play with one element at a time. You can change one element, so the rest are recognisable, or else the end result is not acceptable for a man. For example, I get a traditional two-button blazer. I try to make it a little bit more interesting so that it catches the attention of the customer, and then I add a bold colour. And that is good enough. Or I make a more unusual design or cut in a colour that is classic and in a fabric that is normal. So, each time I change one thing. This is what I do with my collections, and this is what I was doing at Prada, like creating a traditional grey or navy suit, but offering it in nylon fabric. This is a realistic restriction. There are limits in men's fashion and what you have to do is try to push the boundaries a little bit every time. But you must never go outside the limits. Because then you become too fancy.” 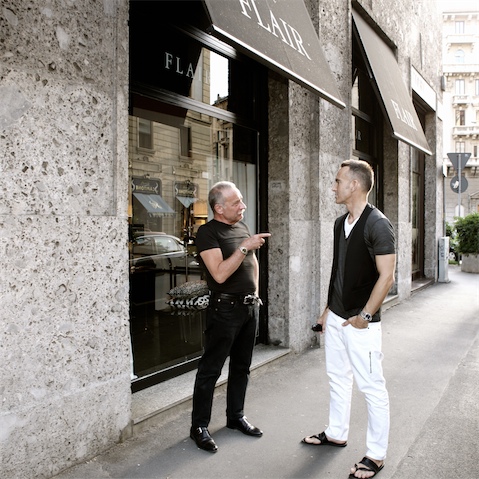 Flair is a quite an impressive furniture store; the kind of place where the owners travel all over the world trying to discover rare items from each destination. It's not surprising in the least that Neil bought a lot of items from there for his apartment, a magnificent building dating back to the 18th century. As the proud owner of a terrace approximately one-hundred square meters big, he also wanted to take advantage of that comfort. “My house is at the heart of the old centre. As a British, I love living in an old building; it helps me understand and appreciate living in Italy”. I ask him whether he believes in the concept of 'total lifestyles' that some designers offer. “I think it's a natural evolution to start offering a certain lifestyle. But for me, it would be more interesting to design furniture, for example, before I start offering fragrances of sunglasses which is what most designers do when they enter the market. But we try to be different". 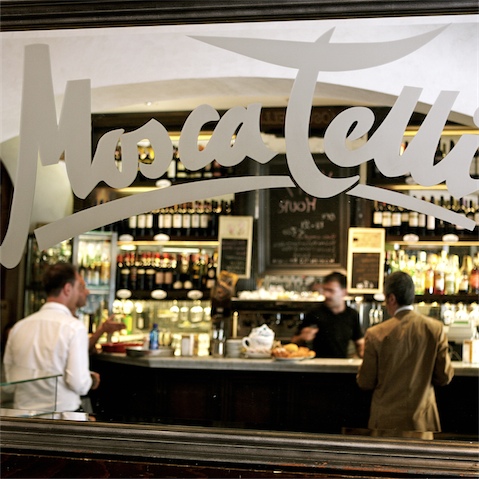 A quick aperitivo at the Moscatelli Wine Bar is exactly what we needed. Neil and I are discussing the men's fashion industry in general. “I believe that there are many designers that make clothes only to make people talk about them. They design clothes using over the top colours and prints that are very feminine. I would say that there is this trend of feminizing men's fashion for the sake of publicity. I really don't think that it's smart to make everything in pale pink, with tiger prints, using only silk and dressing men as if they were your auntie. I do believe that some designers want to create buzz in order to sell fragrances and not clothes". 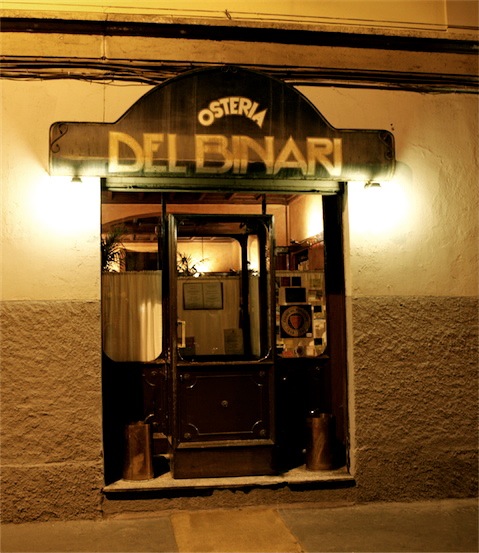 Dinner at Osteria dei Binari; a traditional sort of hidden restaurant that boasts an amazing backyard, ideal for summer nights. Neil's team is with us, and to be honest, it feels as if I am having dinner with an actual family rather than a design team. Carlo, our photographer, whispers in my ear that I must ask him how he achieves this bond with his team, which is unusual in the fashion world. Neil's response is quick and natural, showing that this is a thought process he has completed a long time ago. “I only hire people who are friends of friends; I never go to work agencies. My logic in this is that if we are going to spend all day together, then we must know each other. When there is an opening, I ask our team if they know someone who would be suitable for the job. I also like working mainly with young people”. He is quick to add that he doesn't pay attention to what time people come to the office as long as they get the job done. Our main dishes arrive, and while Neil and I have both ordered cotoletta, they bring only one portion and some fish. I insist, in vain, that he take it. I then suggest that he sends it back but he says that then he won't be able to eat with the rest of us. We reach an agreement where there is a partial exchange of the delicious food, and the matter is resolved quickly without stress. I do have to say that I feel Neil's politeness is genuine. Everybody is relaxed, our table is buzzing with in-jokes and chit-chats about fashion. I stop and take a moment to observe how fun this all is.

It is getting a little bit late. Before we say goodbye, I ask Neil to sum up his design philosophy. “Neil Barrett is about contradictions; raw and super clean. Traditional techniques combined with a very modern line and form, or modern fabrics with very traditional designs. Combining two elements that have nothing to do with each other. We try to offer something that is meticulously designed and avant garde. We want simple clothes that are desirable thanks to their detailed design. We design for men who can appreciate masculinity and sexuality without being extravagant or in bad taste. Our goal is to differentiate from others and make clothes that are sexy, without being too obvious”. 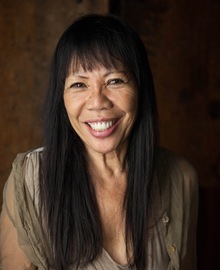