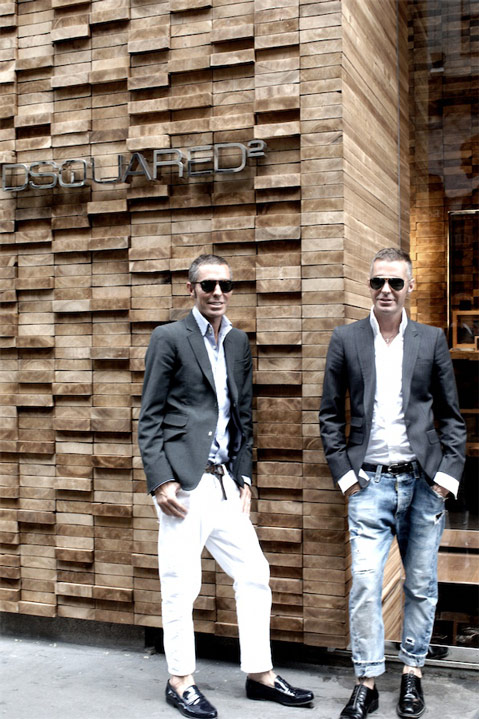 Twin brothers Dean and Dan Caten definitely know how to have fun in Milan. We've spent, exclusively, a whole day with them, as they showed us their favourite hot spots in the Italian capital of fashion. 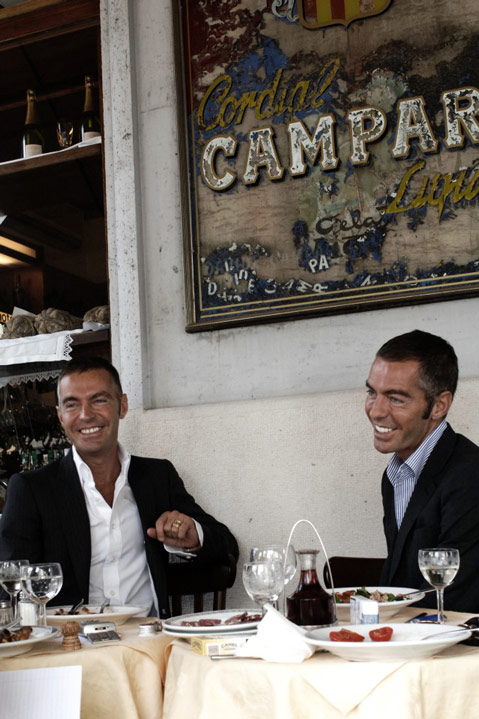 He's a star and it seems that he can't get enough publicity. You can easily tell, since his first action is to lick the camera. Ciro, a genuine Neapolitan, is the beloved dog of Dean, and by hanging around with his Hermes lead being all friendly and cool to the photographer, you just feel that he is used to being the centre of everyone's attention.

We're about to have lunch in Tagurio Trattoria, one of the twins' favourite spots, situated near their office. It has nothing to do with a cosmic hangout. “We come here quite often because the food is great. Everything is homemade and they really love us — they even let us smoke in here!” says Dean, who furtively has a cigarette before Dan arrives in his convertible Mercedes jeep. They order various traditional dishes, have champagne (with the cork ending in between Ciro’s teeth), and at some point Neil Barrett enters, who's also a regular there.

“We too want to open a restaurant,” confides Dan, “and I have an idea that no one has ever thought of yet.” Before he gets into more details, his brother nudges him saying “You'll see it when it's done.” I was that close! 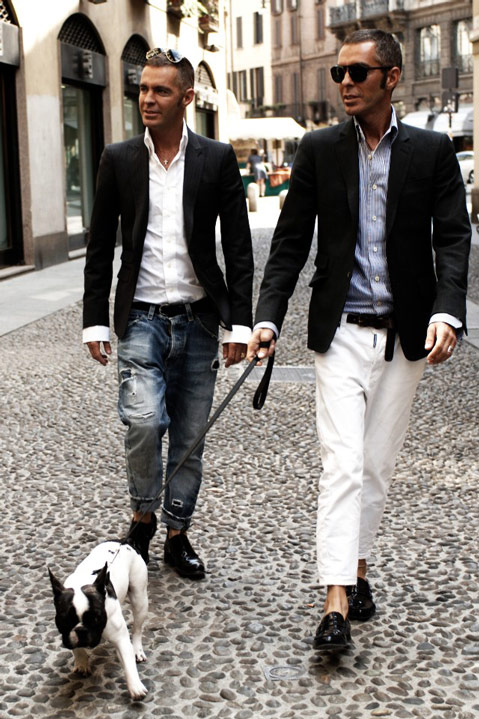 Walking around the market with Ciro. “We adore walking and the truth is we do miss it a bit here in Milan.” The same way they miss the woods of Canada, which is why their perfume is called “Wood” — according to them, it is a return to their roots. They want the perfume to be perennial, evoking a day in the forest, and of course “HE WOOD” written on the bottle is a pun... and so is “SHE WOOD,” their female version. 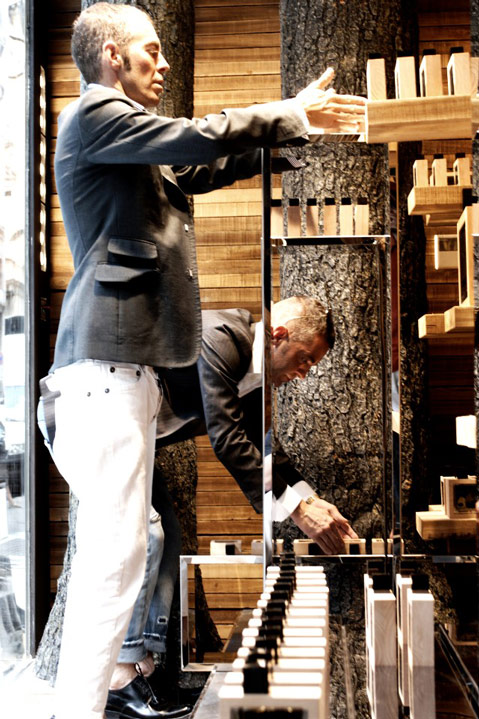 We stop at Kiehl's, one of their favorite cosmetics companies. They love its travel size products, the body scrubs, the shave creams and — according to them — the must have hair products. “Quite soon we will of course have our own cosmetic products,” they add. It's easy to guess then that their collaboration with MAC cosmetics is a first step towards that. Another place they enjoy hanging around is Corso Como 10, because it’s near Dean's house, plus “one is allowed to smoke there as well,” as they giggle. They also mention their future cooperation with American Express, the customers of which will enjoy special privileges. Ready for D2 shopping! 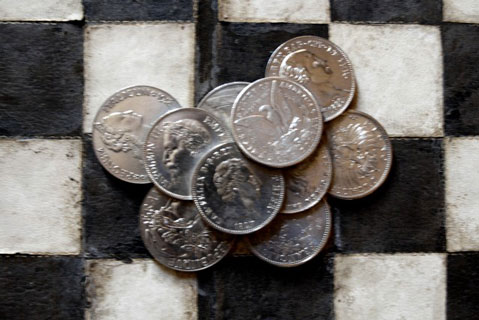 The grey-haired antique owner is very likeable and the objects around the shop are really beautiful. Amongst others, a giraffe and an imposing portrait of Andy Warhol in a golden frame. “The owner travels all over the world and finds the finest things. We dig around and come up with ideas for our collections...” 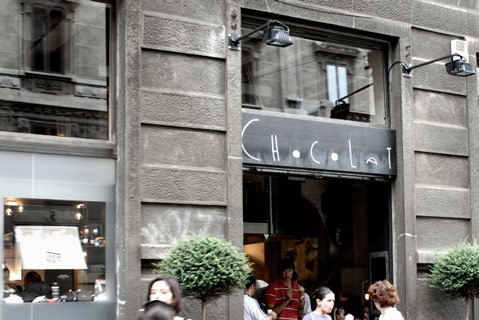 Coffee time at the Chocolat, which they find “very cute.” They order a refreshing cocktail with yogurt, honey and cinnamon. They talk about vacations, their effort to buy a house in Mykonos (they haven't succeeded yet) and the dream to buy an island and transform it into a spectacular à la Dsquared world, along with a boutique hotel “and stay there forever,” says Dan. 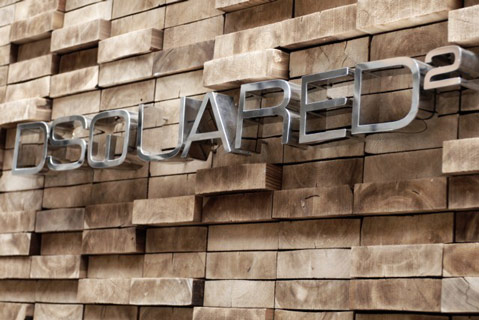 The metallic logo is in perfect contrast with the dominant wood. Until recently, there was a keyhole that would “urge” a curious passerby into looking through and observing the first flagship store of Dsquared in the world. Now it is well open and quite successful! “We ourselves spent a lot of time looking for the right place,” they comment on their attempt. But where do they want to expand next? “Russia is a big market and so is Italy.” 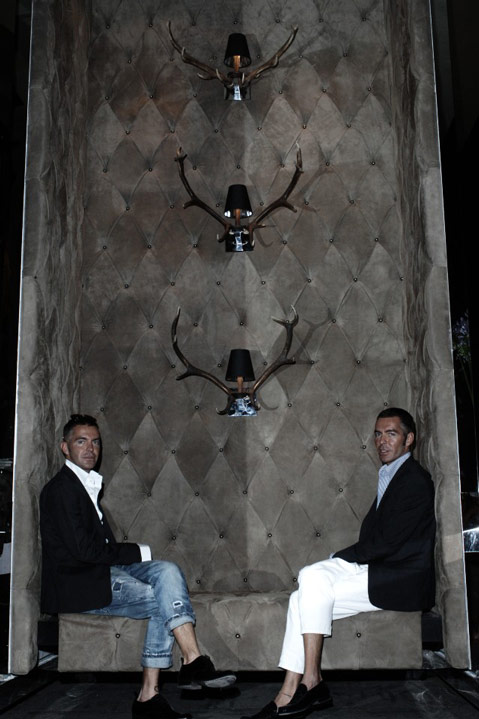 Aperitivo (aperitif) in Nobu, a perfect place to go after work and when they're feeling sociable (which is almost always). “It is a place to have evening fun”, they say, while they also strongly recommend lounge-y Lotus for its great cocktails and food. In general, the Milanese, usually go for early drinks while almost all bars have excellent finger food to accompany the drinks.

Bulgari's lush garden is simply magical. Right in the heart of the city, it is a never-known-before oasis of tranquility and of high class design. “A while ago, we even discovered a magnificent private garden a bit further back,” they mention while recommending flavoured Martinis. “Speaking about private areas, there is also a great place in a cellar, that few are aware of and it will remain private. They serve you and then they leave you alone with your company in a fantastic place where the waiter only comes if you ring a bell. It's perfect for seductions.” Thus revealing, with hardly any details, that Milan has one more well-hidden spot for celebrities.

The famous Chandelier restaurant with its “wonderful, theatrical in atmosphere and decoration monthly parties” (which they say are unique and take you back to a long gone Milan) is one of their favorite nightspots. They complain that the city isn't as it used to be, when every night a party would take place; also they admit being fans of house music. “The only day we can go out till late is Saturday, since we hate having to wake up early next morning.” Their favourite place for clubbing is the legendary Plastic club, which remains alternative with various kinds of people that always have one thing in common: they know how to party! 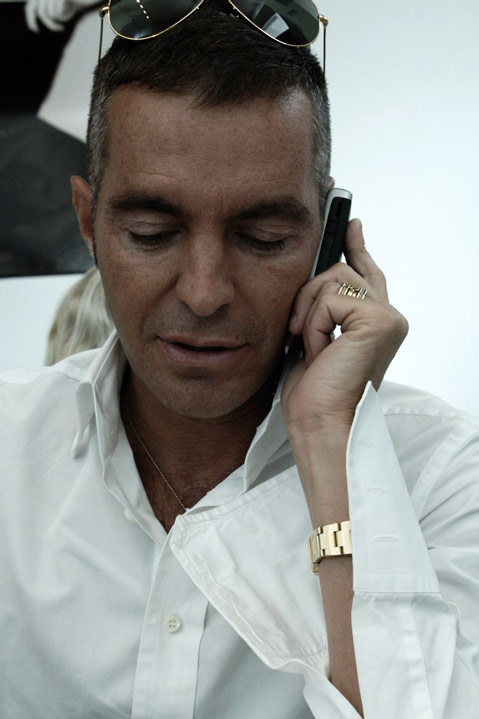 The night should end with a bite and the modern classic 24-hour bakery Princi is the ideal place to go. When looking at it, it doesn't resemble a bakery at all; however with tasty Mediterranean specialties and much else to offer, it is an ode to the art of flour. “Full of cute faces and with an incredible decoration,” they stress while all of Milan’s “night owls” looking for carbohydrate recharging march into the bakery. 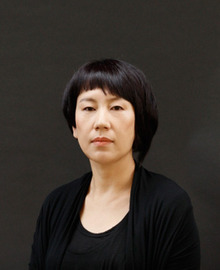