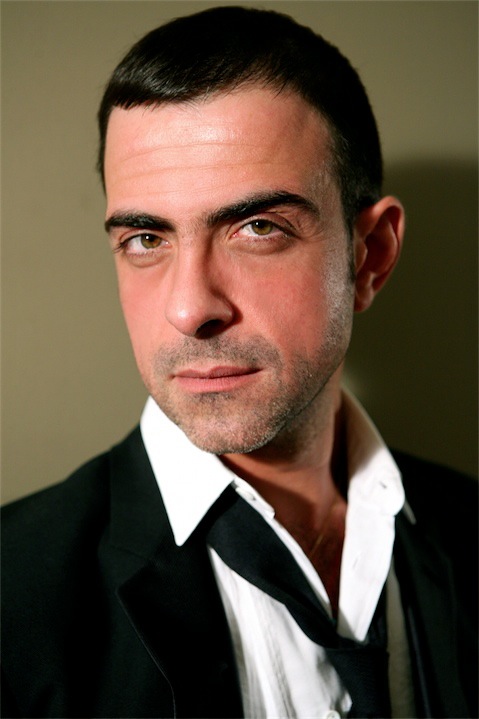 One of our favourite designers, Antonio Berardi, shows us his way of having fun in the heart of Europe, London.

Constantinople was once hailed as 'The Cradle Of Civilisation', a place where religion, culture, and peoples of every denomination thrived in perfect harmony, where sovereignty was next to godliness and where pilgrims from all corners of the known globe flocked to partake of the unknown. Times as well as tastes have moved on, albeit for the good of man, but London will always be London, and if truth be known, Londinium — as its Roman founders christened it (not literally, for Christianity was yet to exist in this part of the world) — is perhaps the rocking chair of today’s civilisation, rocking its inhabitants and visitors into the next millennium and hopefully beyond.

If you have never visited London (which I find hard to believe), then prepare yourself for the most exciting and eclectic city in the world: a place where music, fashion, art and literature, culture and cuisine, and rock and royalty are a part of everyday life, and life every day is just one big party. 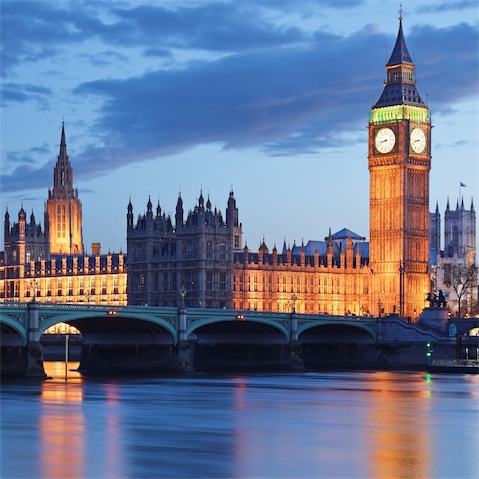 How does one begin to contemplate a day in London? The great British breakfast would obviously take pride of place, and where better than The Wolseley (160 Piccadilly) or Claridges (Brook Street) for the quintessential and perhaps most luxurious of early morning surroundings, and the perfect start to the day. Whether you opt for the great British fry-up, a bacon sandwich, or just a cup of tea, breakfast would not be complete without a round of Fleet Street's finest: a newspaper.

Nourishment over, you are left with the option of where to start. If you decide to take the touristic route, then you have a lot of ground to cover. Firstly, there is the city (not only the financial capital of England, but seemingly of the world), home to The Lloyd's Building, St. Paul’s Cathedral, The Tower of London, and of course, London Bridge. In the city, you will also find Pudding Lane. Not a place that you are familiar with? Probably not, but it was here, on the aforementioned street, that the Great Fire of London was started in 1666. It was a fire of such magnitude that it lasted for four days and destroyed over eighty per cent of the city (something to tell your friends back home about!). Useless information over with, head back to Trafalgar Square, where you can catch your breath at Nelsons Column and head down Whitehall, past 10 Downing street to the Houses Of Parliament, Westminster Abbey (if you are a fan of royal occasions and The Da Vinci Code) and, of course, Big Ben. Buckingham Palace is just a short walk away, and one should not miss the changing of the guard, a London sightseeing must. 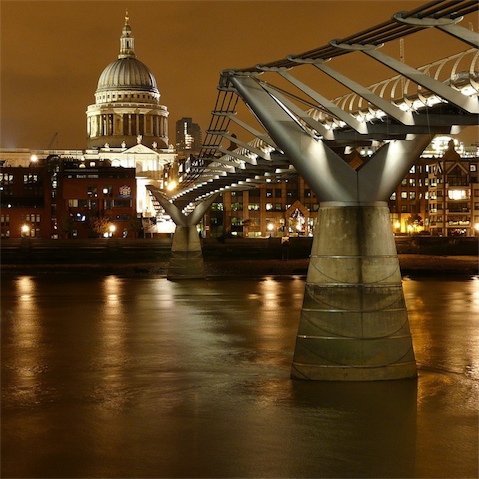 Next, of course, we have the museums. From the British Museum to the National Gallery, The Victoria and Albert to the Tate Modern. The Sir John Soane's Museum is one of my personal favourites, well off the beaten track, and not to be missed. The East End also has a buzz about it when it comes to smaller galleries. Also, don't forget to visit the David Adjaye-designed Rivington Place. Shoreditch has never had it so good! With the members' club Shoreditch House around the corner (a sister to the wonderful Soho House in New York), this is the most fabulous place to be seen in London right now. The rooftop pool, bowling alleys and the ultra stylish, devil-may-care attitude of its fashion-pack clientele could give Big Brother a run for its money. But we will have more of London nightlife later; there is lunch to consider. 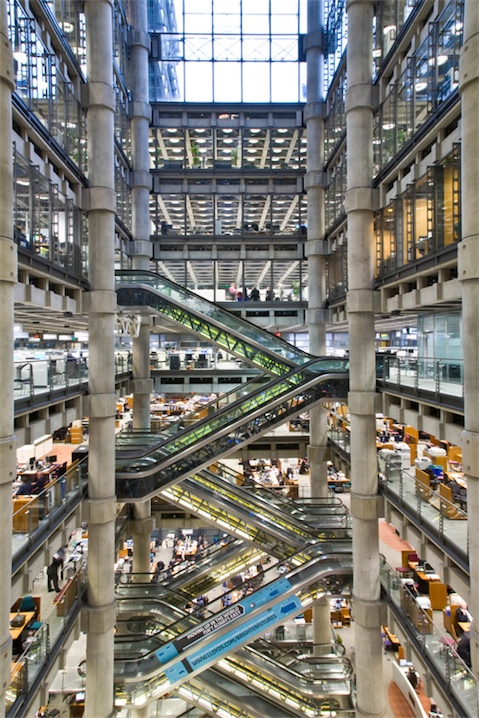 The first department stores were opened in London: Harrods, Selfridges and later, Harvey Nichols and Liberty. There is no need to shop until you drop, not when all these emporiums have wonderful little cafes for lunch. Failing that, you can go Madonna-watching at Cecconi's (5a Burlington Gardens), which serves wonderful Italian food, star-spotting at J Sheekey (28-32 St. Martins Court) and The Ivy (1-5 West Street), or simply go for a quick great taste of modern cuisine at Tom's Kitchen (a Tom Aitkens production at 27 Cale Street).

Back to shopping. Aside from Portobello Market on a Friday (Clignancourt with panache!), which will take a good day in itself, London is great for vintage clothes shopping. From the amazing Virginia's (Portland Road) which is an experience in itself, as is its demure and charming namesake, to Rellik (8 Goldbourne Road). If you do decide to visit the fabulous Virginia, then be sure to pop into Julie's across the road for breakfast, lunch, tea, drinks or supper (A Notting Hill institution). 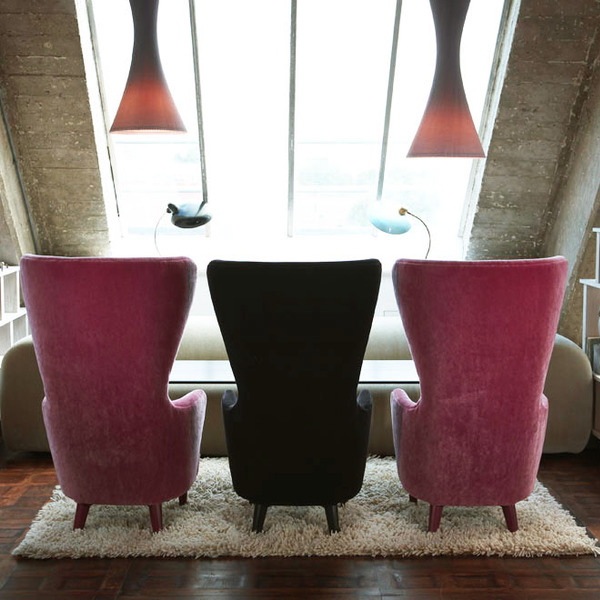 London is also home to the marvellous Stephen Jones (Great Queen Street) Mr. Millinery himself, who produces perhaps the most beautiful and creative hats in the world. So if you are or want your partner to be "A Girl For All Seasons" (by Camilla Morton and with a postcard from yours truly) then a sassy headpiece from Mr. Jones, jewellery from Asprey (165-169 New Bond Street) or Garrard (24 Albemarle Street) and a fabulous wardrobe from perhaps every designer’s favourite shopping experience — I am talking about Browns (South Molton Street) of course — then you are on the right track. You will need a pair of high heels to finish off the look and London is home to the first Manolo Blahnik (49-51 Old Church Street) store that ever opened. Now if, like myself, you are a shopaholic with a penchant for all things cool and innovative, and you don't have the perfectly turned ankle befitting of a Manolo, then head over to The Dover Street Market, Rei Kawakubo's inspired emporium which offers a wonderful selection of menswear and womenswear, accessories and trinkets for fashionistas everywhere. 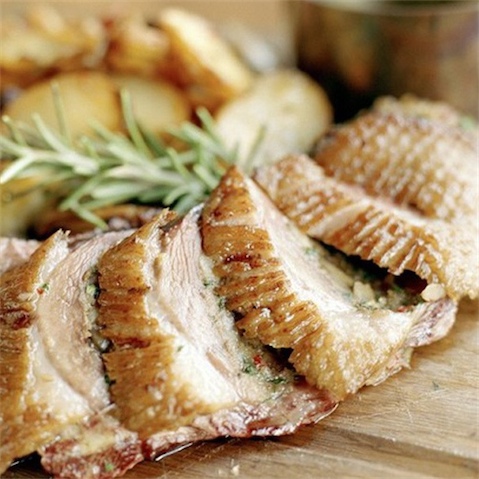 If you spend too much, then treat yourself to violet and rose creams from Charbonnel Et Walker (1 Royal Arcade) which are sure to make you feel better, as they did the Queen mother, God bless! London loves a tradition, and High Tea is perhaps one of my favourites. For the perfect crustless cucumber sandwiches, scones and cream cakes try Fortnum and Mason (181 Piccadilly): very British, very expensive and very, very old school luxury.

Parks are also very important, not just for exercise, but for relaxation, and because London has some of the most beautiful, from Regents Park with its amazing zoo and Hyde Park to, of course, St. James' Park. That is one of the amazing things about London: so much greenery and so many of its inhabitants who take advantage of this luxury. There is nothing that can compare to a walk through Kensington Gardens, a visit to the Serpentine, on past Kensington Palace, stopping at The Orangery for tea and the most beautiful Grindling Gibbons woodcarvings on display in the capital.

How about a movie before supper? London has some of the best Art-House movie theatres in the world, playing those movies you have heard so much about, but your local Cineplex or Imax isn't showing. Either that or a newly restored and scored cult classic that has even been overlooked by the powers of the DVD! Try the Electric (191 Portobello Road), The Gate (Notting Hill Gate), or the wonderful National Film Theatre (Belvedere Road, South Bank) where you can feast your eyes and if you have time, ride the eye (The London Eye). 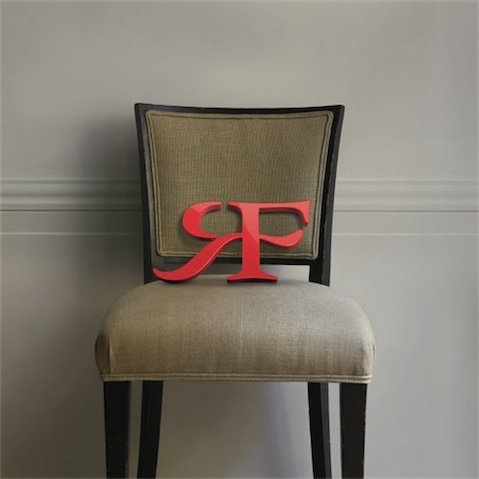 I know that you are probably wondering about nightlife, but supper comes first. The best thing about London is the fact that it is harmoniously multi-racial, and its cuisine reflects this. Eating in London has never been so good, and in my mind, it is perhaps the foodies capital of the world. There is Italian at Locanda Locatelli (8 Seymour Street), Chinese at Hakkasan (8 Hanway Place), Japanese at Nobu (the best is still at the Metropolitan Hotel, Old Park Lane), Indian at The Cinammon Club (The Old Westminster Library, Great Smith Street), and Thai at Nahm (The Halkin Hotel, 5 Halkin Street). 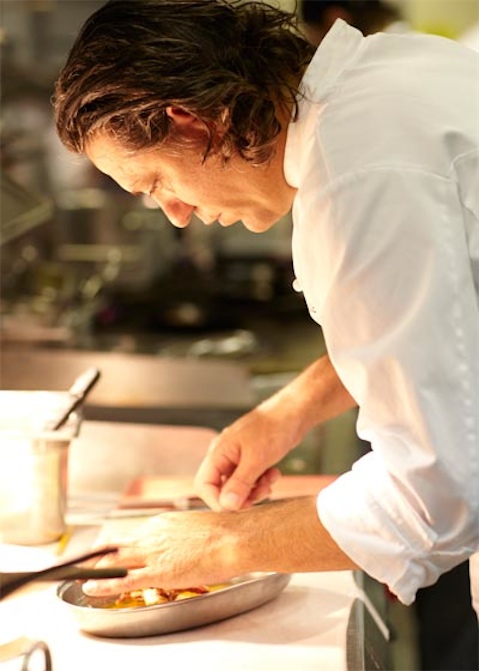 And so on to the club circuit. London has some of the best around at the moment, from Hoxton to Camden and Soho. The scene right now is geared towards celebrity haunts and members-only dancing, and where better to spend, sip and be seen than Mo*Vida (8-9 Argyll Street) with Scarlett Johansson, and Boujis (43 Thurloe Street) with princes William and Harry, Lindsay Lohan and Kylie. 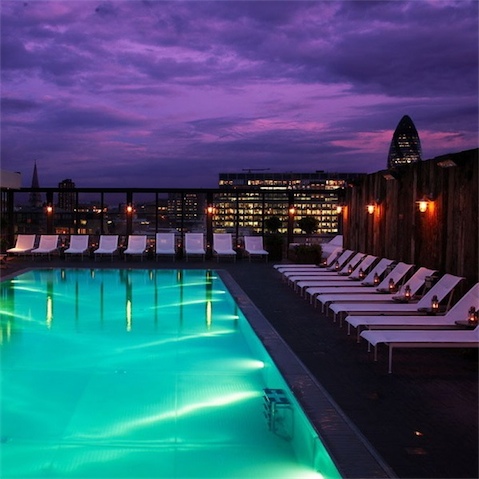 Finally, you will need a place to lay your hat, and London has some of the best hotels around. Don't think big, think special and slightly off the beaten track. If you follow my advice, you will be counting sheep at either Browns (Albemarle Street) or Eleven Cadogan Gardens (Sloane Square).

You see, these are just a few of the reasons why I love London, a city with so much to offer and everything of such an outstanding and superior quality. 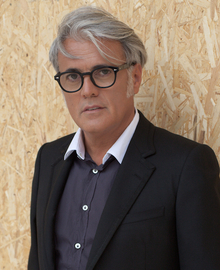