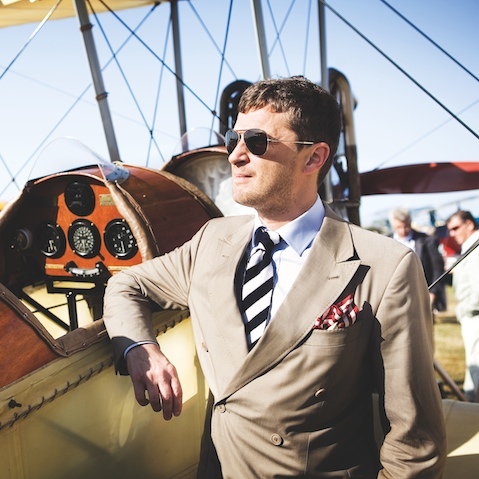 Nick Scott is the editor-in-chief of The Rake, a magazine aimed at the modern, mature-minded gentleman.

Fervent disagreements with my wife; abject financial panic; ending up watching Jeff Stelling in the pub.

Bar walking into the mirror and apologising to oneself? Thinking that the less visible the garment(s), the less they matter.

Style cues and influences are fine — let’s make that inevitable — but role models should be chosen according to their deeds and world views.

Corduroy — slim-fitting, in beige or royal blue — is woefully underrated; velvet deserves heartier regular revivals than it enjoys, but it must be worn sparingly to avoid Willy Wonka-ism; I have to also give a nod to seersucker — Zegna have just made me a wonderful two-piece in this material which is perfect for the muggy Singapore weather.

Call me anti-zeitgeist, but the whole suits-and-loafers thing makes me wretch. I also find self-conscious spezzatura such as wilfully unconventional shirt-and-tie combos to be in total contravention of the phrase.

If pomp and finery are your thing, Vatican City; for well-tailored elegance, though, I’m going to assert the obvious and go for Florence.

These are two adjectives stylish men should be able to adhere to simultaneously.

None except the commonsensical: not being drunk/in the dark/still wet from the shower etc.

Only go hand in hand because they have a lot of financial means and a lot of help; would David Beckham look like he does if he hadn’t had his gift, and had become a hod-carrier?

Ties — because the number out there and types out there seem to be infinite — and sunglasses, seeing as I lose an expensive prescription pair around once a month. With the same tendency in mind, my wife would like to add “Wedding rings”.

He’s made less effort than yesterday but more than tomorrow.

Meeting or no meeting? Advertiser or not an advertiser? Did I wear my favourites last time I saw them? Will there be red wine involved?

Style wise? Not having had suits made at more modest outlets when I was a younger, poorer man, in order to hone my skills in working with tailors.

The three essential things a man should know about style areâ¦

“Style” and “fashion” are as different as “infatuation” and “love”; how you look should be an outer manifestation of the class that hopefully lies beneath (compare Stephen Fry to Jeremy Clarkson); spending the odd ordinary day wearing a tux will make you feel more natural in it during formal occasions.

Any predominantly red garment. My loyalty to Tottenham has encroached on my style choices completely.

Luca Rubinacci — he pulls off chromatic flamboyance better than anyone else I’ve encountered.

How he ties his tie.

The cover of The Jam’s News Of The World. It depicts a perfect fusion of smart and casual.

I know from experience that women would say shoes; if I had to isolate one though, I’d say the belt — get it wrong and the two garments that cover eighty per cent of your body look bad.

A Ralph Lauren linen double-breasted suit, the cufflinks my wife gave me on our wedding day and a silvery linen Zegna blazer that’s far classier than it sounds.

Style has a love-hate relationship with physical comfort, but is besties with emotional comfort.

Ronnie Corbett. Or maybe someone who is probably vigorously anti-style, just for the hell of it — Charlie Brooker?

“Never assume”. It’s a publishing adage that addresses the human tendency to conjecture that, even if something makes no sense to you, it must make sense to someone in higher authority. It applies to life more broadly though… 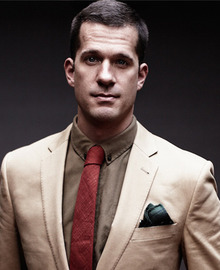 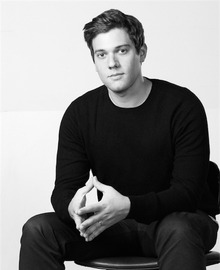